The Porsche Cayenne Turbo S E-Hybrid has demonstrated its exceptional range of on-road and off-road performance with a very special “record”. 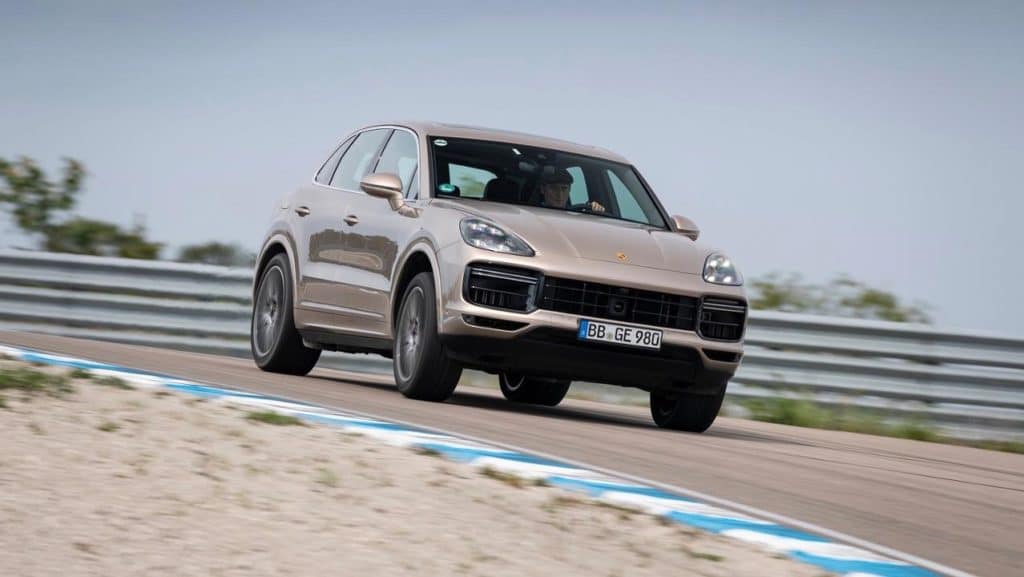 As part of a film shoot, the most powerful Cayenne ever clocked a hand-stopped time of 3:51 minutes around the Swedish Gotland Ring, which is still under construction and partly unasphalted. The hybrid SUV ran on used road tyres and was driven by the German racing driver and TV presenter Tim Schrick. While the 3.2-kilometre northern section of the Gotland Ring is already asphalted and in operation, the 4.2-kilometre southern section is still only gravel.

Like all Porsche plug-in hybrids, the new top-of-the-range model in the Cayenne family is also one of the sportiest vehicles in the premium segment – not in spite of its hybrid powertrain but because of it. In the Cayenne Turbo S E-Hybrid, the electric motor is located between the V8 engine and the eight-speed Tiptronic S transmission. The two motors are interconnected via a separating clutch inside the hybrid module, referred to as the Electric Clutch Actuator (ECA). In E-Power driving mode, the electric motor can, on its own, propel the vehicle up to a maximum speed of 135 km/h. It can also be used in the other modes for an additional power boost. These modes can be selected via the standard Sport Chrono Package (Hybrid Auto, Sport and Sport Plus). Porsche has taken this boost strategy from the 918 Spyder super sports car.

Watch an on-board video of the lap here: